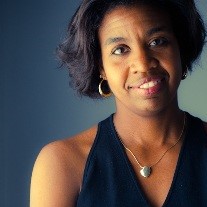 January Gill O’Neil is the author of Misery Islands (2014) and Underlife (2009), both published by CavanKerry Press. A third collection, Rewilding, will be published by CavanKerry Press in fall 2018. She was the executive director of the Massachusetts Poetry Festival from 2012 – 2018 and is an assistant professor of English at Salem State University. She is a board of trustee member with the Association of Writers and Writing Programs (AWP) and Montserrat College of Art. Misery Islands was selected for a 2015 Paterson Award for Literary Excellence. Additionally, it was selected by Mass Center for the Book as a Must-Read Book for 2015, and won the 2015 Massachusetts Book Award.

January’s poems and articles have appeared in or are forthcoming with the Academy of American Poets, American Life in Poetry, Harvard Review, Harvard Review’s Renga for Obama, Green Mountains Review, American Poetry Review, New England Review, Paterson Literary Review, Rattle, Ploughshares, SouWester, North American Review, The MOM Egg, Crab Creek Review, and Cave Canem anthologies II and IV, among others. Underlife was a finalist for ForeWord Reviews Book of the Year Award, and the 2010 Paterson Poetry Prize. In 2009, January was awarded a Money for Women/Barbara Deming Memorial Fund grant. She was featured in Poets & Writers magazine’s January/February 2010 Inspiration issue as one of its 12 debut poets. A Cave Canem fellow, she runs a popular blog called Poet Mom.

Previously, January was a senior writer/editor at Babson College. She earned her BA from Old Dominion University and her MFA at New York University. She lives with her two children in Beverly, Massachusetts.