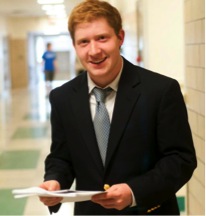 Josh assisted with various tasks in Summer 2014, including website transition and construction, writing for the web, and donor gift fulfillment. Josh is a junior at Brookline High School, where he is the founding captain of the slam poetry team, and hopes to graduate some time in the near future. He has been a poetry writer and enthusiast ever since his fifth grade teacher introduced him to Walt Whitman (not personally). He won first place in the poetry division of PEN New England’s Naked Truth high school writing competition, and received a Brookline Hub Youth Award both in 2014. He also runs for the Brookline cross country and track teams, is in charge of the “info time” morning announcements at the high school, and plays in a band which has played at the Middle East in Cambridge.