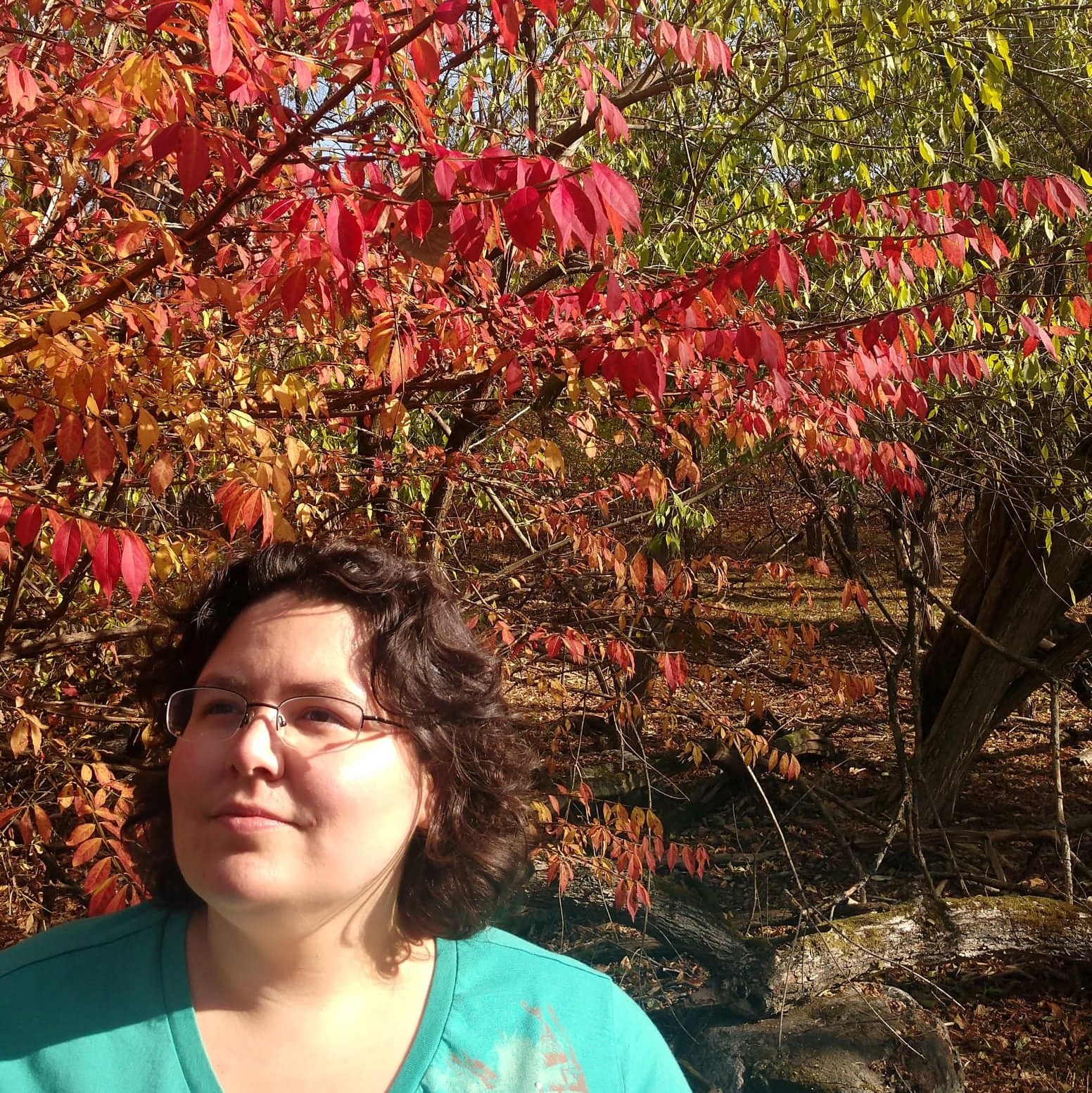 M.P. Carver is a poet, artist and educator from Salem, MA.  Currently, she teaches creative and digital writing at Salem State University, and also works privately as an editor and teacher.  She received her M.A. in English from Salem State University, and her B.A. from Brown.  In addition to art installations and film, her poetry has been published in Jubilat, The Lily Poetry Review, and Meat for Tea, among others, and she has featured in readings across the state.  Her chapbook, Selachimorpha, was published by Incessant Pipe in 2015.  She is an editor at YesNo Press (Salem, MA), and miCrO-Founder of the journal Molecule: a tiny lit mag along with Kevin Carey.  In 2017 she was the Co-Chair of Writer’s World at the Marblehead Arts Festival, and from 2014-2017 she was the Poetry Editor of the lit mag Soundings East.  In addition to poetry, she keeps an artist studio at Porter Mills in Beverly where she displays her work, and she stage managed the premiere of The Stand, or, Sal is Dead in 2017.

M.P. has long supported Mass Poetry’s work prior to joining the team.  In addition to running the Small Press Fair for three years, she was a long-time volunteer and participated in many Student Days of Poetry.  She also organized a fundraiser and reading for Mass Poetry at the Peabody Barnes & Noble in 2017.  As we move through the pandemic, as we think about the issues facing our country politically, as we search for new ways to invite diversity, and as artists struggle to support themselves, M.P. considers the Festival and the ongoing work of Mass Poetry as more vital than ever.  Not long before the first Festival in Salem, back in 2011, M.P. had just moved to the city as a young poet disconnected from other writers.  It was thanks to the Festival that she first made the first connections and friendships that have supported her in her career and writing over the years.  M.P.’s  priorities as Festival Director are to use the opportunity of the online/hybrid formats to bring in new poetry and audiences from across the state and beyond, and to continue building on the Festival’s rich history in the local writing community and the City of Salem.