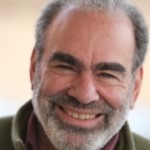 Michael Ansara spent many years as an activist and an organizer starting with the civil rights movement of the 1960s, going on to be an organizer for SDS. He spent 10 years organizing opposition to the war in Vietnam. For 15 years, Michael was a community organizer, including directing Mass Fair Share. He has worked on political campaigns, coordinated voter registration efforts, and trained many organizers. He also owned and ran two successful businesses. Michael is the co-founder of Mass Poetry. He currently serves on the Executive Committee of the Redress Movement and the organizing team for Together We Elect.  His poems have appeared in numerous journals and his essays have appeared in Vox, Arrowsmith, Solstice and Cognoscenti. His chapbook, What Remains, was published this summer by Kelsay Press. He is currently working on a memoir. Michael lives in Carlisle, MA, with his wife Barbara Arnold and dotes on his three children and six grandchildren.