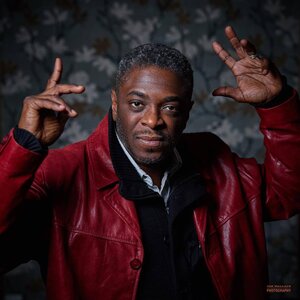 Regie Gibson is a poet, songwriter, author, workshop facilitator, and educator. Gibson and his work appear in the film Love Jones, based largely on events in his life. In 1999 he performed for the award-winning Traffic Series at Chicago’s Steppenwolf Theater where he adapted the work of Kurt Vonnegut. In addition, he has performed at The Art Institute of Chicago, Chicago’s Museum of Contemporary Art, Chicago Field Museum of Natural History, and many other venues. Gibson is widely published in anthologies, magazines, and journals, such as Power Lines, An Anthology of Poetry along with Pulitzer-Prize winning poets Gwendolyn Brooks, Yosef Komunyakaa, and Lisel Mueller. His first full-length book of poetry, Storms Beneath The Skin, was released in 2001.